The Last Jedi, still being somewhat new (even though Solo is coming soon), has parallels to other movies.

One of them is the Battle of Crait. The First Order uses the AT-M6s while the Empire uses AT-ATs. The Resistance and the Rebellion use tiny speeders that have no chance of defeating them. Not to mention that both planets are white. C3-P0 also told everyone that they were going to die.

When Luke duels Kylo Ren at the end of The Last Jedi, he says, “Strike me down in anger and I will always be with you.” In A New Hope, Obi-Wan says, “If you strike me down I shall become more powerful than you can possibly imagine.” 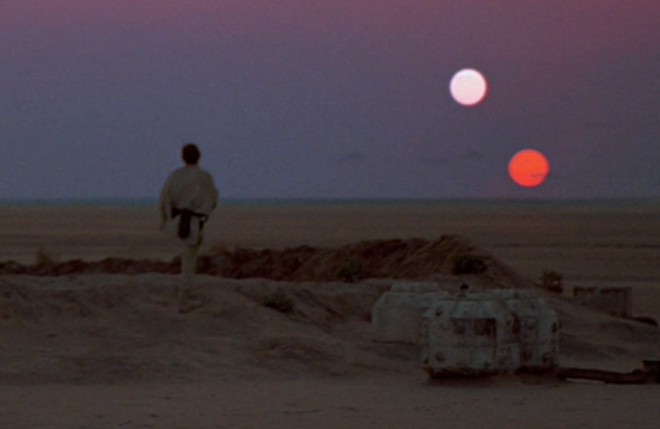 Before Luke dissolves, he looks at the twin suns at Anch-To. That is like the famous scene in A New Hope when Luke looks out at the sunset on Tatooine.

Of course, Admiral Ackbar died in a trap.

Both Finn and Luke begin the movie in a tank healing from their injuries. How can they breathe if they are trapped in a bacta tank, though?

Rey trains with Luke on a remote planet like Luke and Yoda did. There were no porgs on Dagobah.

When Rey cracks the ground in The Last Jedi, maybe she did that on Starkiller Base. It was probably just the planet imploding.

Rose says that Canto Bight is full of the worst people. She was looking in the wrong places. It is Tatooine. Or maybe it was Obi-Wan who was wrong? I don’t know. Speaking of Canto Bight, it is similar to Cloud City. They both go there to find help. But in The Empire Strikes Back, they actually got it.

When Rey and Kylo Ren defeat the praetorian guards, Kylo Ren offers Rey a chance to rule the galaxy. That has been in a lot of Star Wars movies.

On the Supremecy, we see BB-8 steal an AT-ST. Chewbacca did the same thing during the Battle of Endor.

Those are a some of the parallels between the films.

Some of my other posts are: