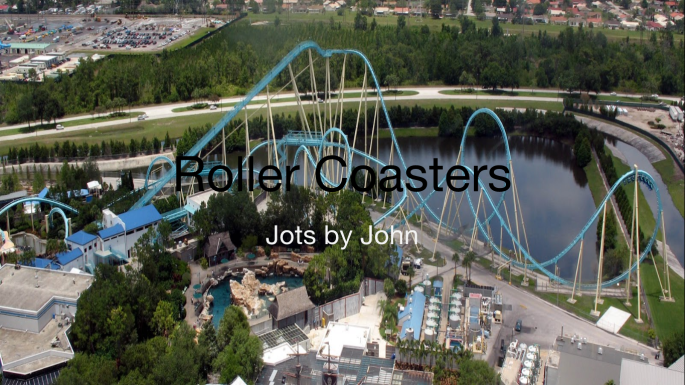 Don’t pay attention to slide 2. I don’t have the answers to any of the questions on the questions slide. You can try to answer them, yourself, though:)

One of the special times to visit Disneyland is at Halloween… 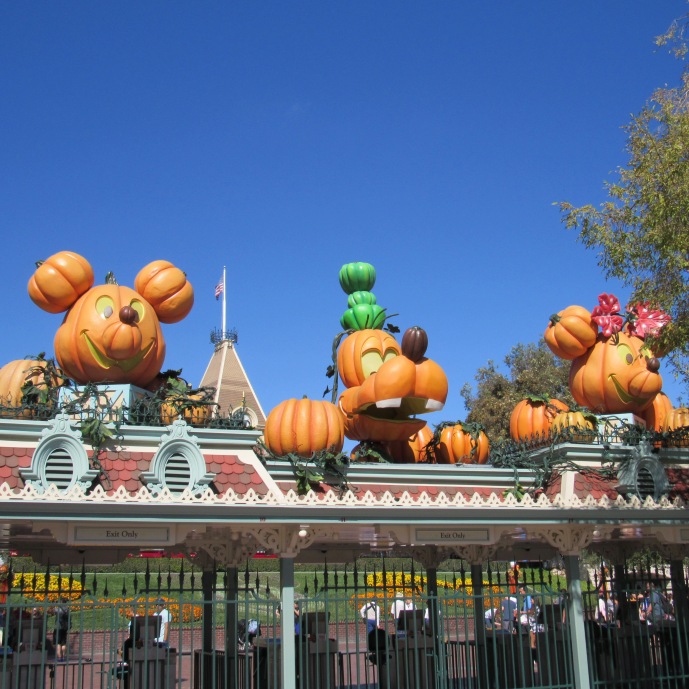 I wonder who carved these pumpkins? 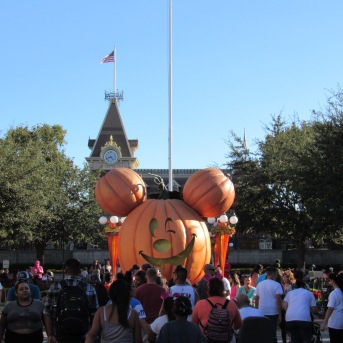 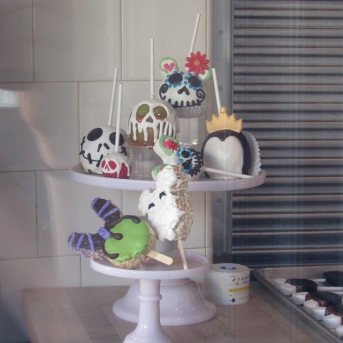 Yummy… I’ll try not to steal it

As usual, we went with friends. Since Haunted Mansion Holiday is only for a limited time, we started off on it. The ride takes place under the hill behind the outside of the mansion. Disney decorated the passages with busts that can look at you.

There are singing flowers that we paused by after Haunted Mansion stopped. They do get annoying after a few minutes.

One of the main characters in the Haunted Mansion movie is Madame Leota. This is her head in the crystal ball.

When we finally got off Haunted Mansion, some of our friends were waiting at It’s a Small World. There was someone they met there so we went to go get ice cream at Clarabelle’s Ice Cream Parlor in California Adventure. We had a two scoop cone that we could barely finish eating!

We met up with our friends at Boudin Sourdough and ate some free sourdough bread . Then we went on California Screamin’ twice. To read about a fun experience on Screamin’, click here. I did not vomit even though I had a giant ice cream.

Next, we went on Toy Story Mania. 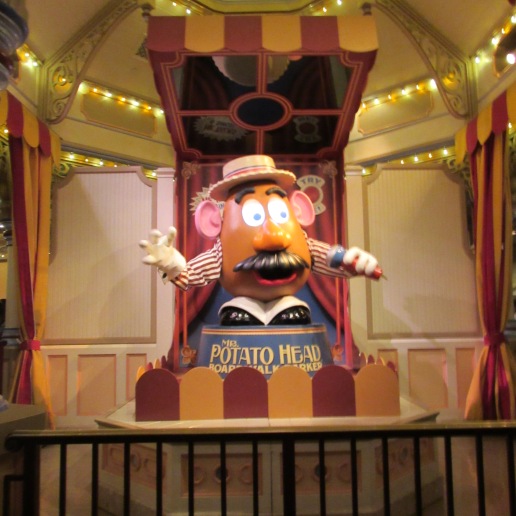 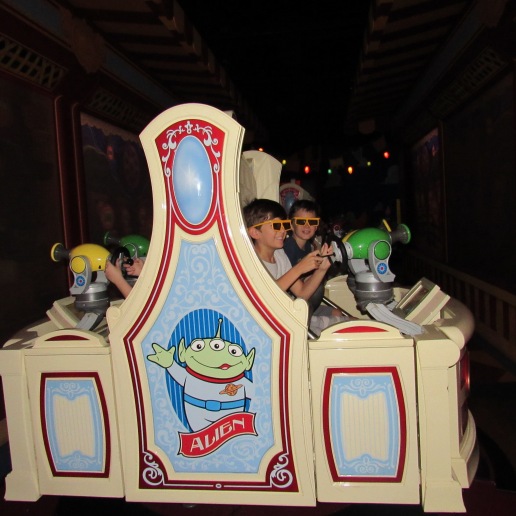 The line is normally about forty-five minutes to an hour. We got on it in just thirty minutes. The results of one of the carts in our group was:

After that, we went on Golden Zephyr which swings you around in a circular motion. And then- oh yeah, I forgot to tell you, we got Fastpasses for Ghost Galaxy. They were valid between 7:30 and 8:30. By the time we arrived at Ghost Galaxy, it was about 8:15. We were able to get on our space tour in time.

The problem: there was a space skeleton waiting to attack us.  We did make it safely back into the space station and to our house. Overall, it was another fun day at Disneyland.

We had fun at Disneyland with friends… again! This time during the Halloween celebration. We arrived and rode on Space Mountain- Ghost  Galaxy. It is a Halloween-themed Space Mountain. The plot is you are in a spaceship and encounter a space demon. It attacks you, and you fly around to try and avoid the demon. The ship avoids the monster and makes it into the space station.

After that, we toured the galaxy in Star Tours. There are two planets you visit. The best experience I had was on the second planet. It was Coruscant. In that one you go straight down during the Battle of Coruscant. It isn’t a roller coaster but a simulator. The mechanism works by tilting you straight down to make it like you are free-falling because that’s what is shows on the video. You are in the wrong lane when you stop falling. All the spaceships are coming towards you. There are a lot of ships, too. The battered tour ship lands in a secret hangar and the ride is over.

We found them outside the Golden Horseshoe. It is a restaurant in Frontierland. We didn’t eat there, but we met them there. All of us departed to The Haunted Mansion Holiday featuring The Nightmare Before Christmas. It is much more comical the normal one.

The stretching room shows paintings of people. They elongate to reveal they are in danger. For example, before it stretches there was a lady walking. After it stretches, that particular lady is in danger owing to the fact she is tightoping above an alligator. When it shows the skeleton on the top of that room in the normal Haunted Mansion,  Jack Skellington appears on the ceiling. After the secret passage in the stretching room opens, you find a hallway with some busts. Their eyes seem to follow you. The busts are in alcoves in the wall, but you can’t tell that unless you look closely. A few of the details include a clock with 13 hours, a ghost whose head appears in his hatbox,

and a floating head encased in a ball. You exit the ride through a tomb.

Our family and friends then cruised over to California Adventure. While there, we enjoyed a milkshake at Ghirardelli Chocolate. After that, we went to Boudin Sourdough. Finally, we toured Monstropolis on Monster Inc. Before we left, the group went to an AP Days event and met Meeko the raccoon in Pocahontas. That was one of the best days at Disneyland

Also, the second time the ride was a little jerkier which led me to conclude that Screamin’ was having technical difficulties. After that, we buckled in on Radiator Springs Racers. Since we used the single rider line, the wait was very short and the ride was as good as ever. Then came, The Twilight Zone, Tower, of Terror.  Ever since Disney confirmed Tower of Terror is closing, the lines have been longer. The wait was 40 minutes, but we dropped in.

After that, we went to an AP (Annual Passholders) Days event. 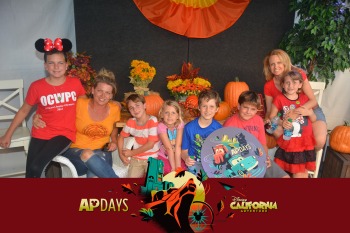 We got free pins! After that, we went on Monster Inc. Roz, who is a monster at the end of the ride, talks to you! Literally, we suspect there is a person behind her that speaks into a microphone, and Roz can talk to you. Next, we ate at Boudin Sourdough and Ghiradelli Chocolate.

Finally, we went on Toy Story. It is a very fun ride that is like a video game. You fire little guns on the cart. They use an equation to find where it would have been if it was a real gun. The targets are worth different amounts depending on how hard they are to get. It was a very fun day! 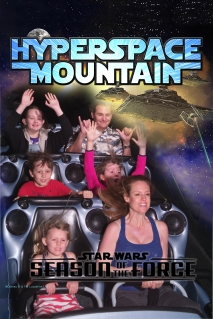 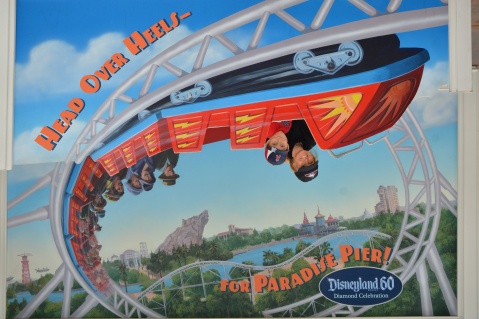 Thank you for visiting my blog. I will be writing about my personal experiences that include weekly field trips, sailing, homeschooling, vacations, video games, and reviews!