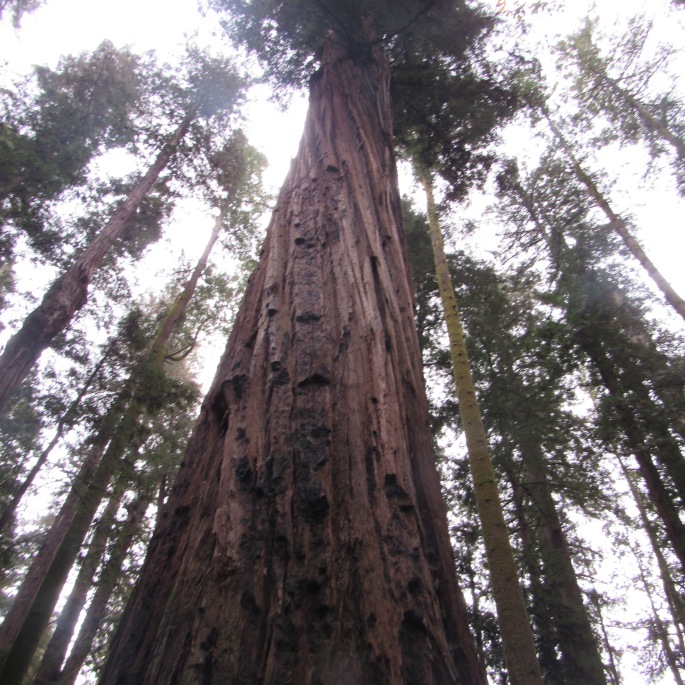 On our third day of the vacation, we visited the redwoods. One of Dad’s friends, Mr. McShane, runs a plant nursery, and we saw him. He let us feed some of his fish. Before that, we walked around and saw what he sold. It appears he has a good business.

We drove to the California Coastal Redwoods at Henry Cowell State Park. It was a path with lots of amazing redwoods. Some were hollow and you could walk in.

In one redwood, someone had slept overnight. The entrance had a hole in the ground, and it was filled with mud. When Sarah’s boot got stuck in the mud, she walked the boot off. She stepped in the mud and got it back on. There was a dawn redwood from China that was about 20 feet tall. It was also very thin. 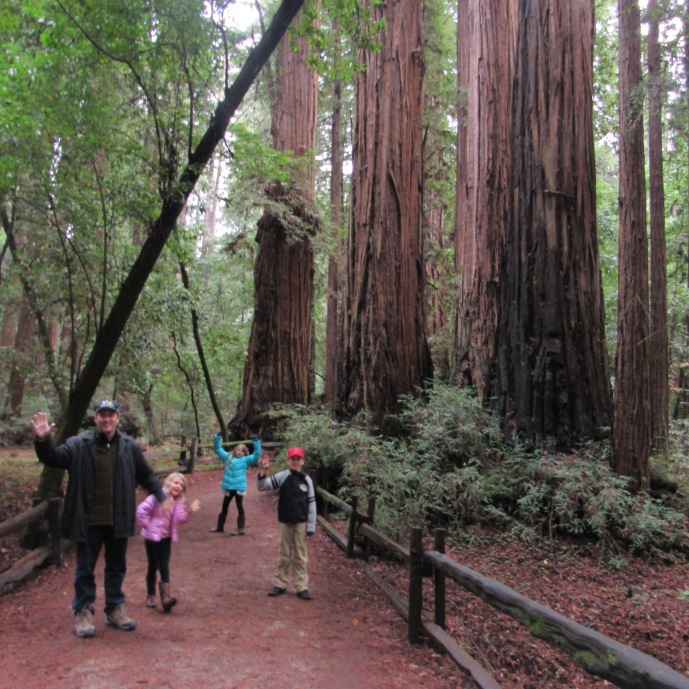 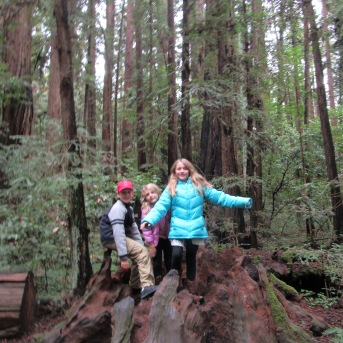 Sit on the stump. 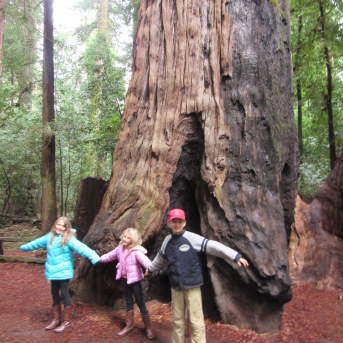 How wide is it? 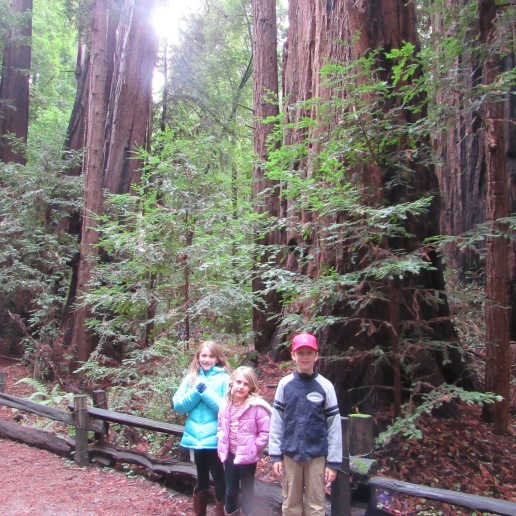 A picture with a nice background. 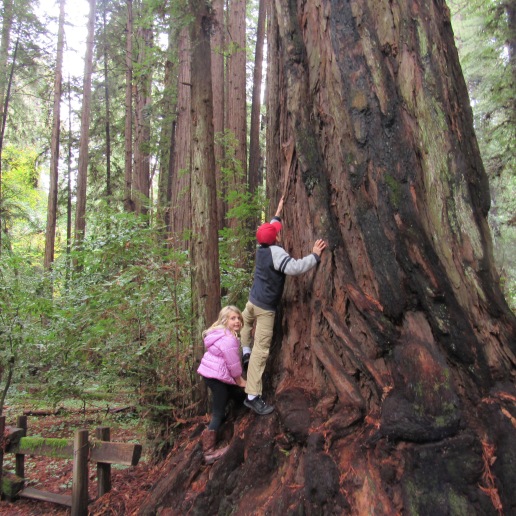 Climbing the redwood. (I did not make it to the top.)

They also had a little logging town. The food they made at the restaurant was very good. So was the hot chocolate. The town was called Roaring Camp Railroad. They have a 19th-century steam train that travels around the redwoods. It is huge and quite noisy. Tickets cost $25. We didn’t go on the train but I took a video running after the train for 2 minutes.

We drove to Santa Cruz and went to the boardwalk. Kate and I went on Giant Dipper.

Sarah wasn’t tall enough for Giant Dipper. It was much more thrilling than I expeced. It is actually more exciting than some steel roller coasters. Mostly, I think it was the drops. There are so many of them. Most are really small, though. Either way, it was extremely fun.  I did not think a 1924 wood coaster could be so exciting. It also hurt my elbows. I am trying to cover them up in the picture.

When we went back to the hotel, Mr. McShane came to the lobby. We stayed up past 11:00. I got to take their pictures.

Our last day was mostly driving home. We did stop by Pea Soup Andersen’s and the Channel Islands National Park Visitor Center. Kate bought a fox she named Channel.

My other posts are: